Get swept up in the lives of the O'Rourke and de la Roche families as Ireland seethes on the cusp of revolution!

Review from Midwest Book Review!
Small Press Bookwatch
Volume 16, Number 2
February 2017
"The Irish Tempest" is author Elizabeth Sparrow's debut novel and beckons the reader into a world, where landowner and tenant farmer, the well-off and the working-class are chafing under the chokehold of British domination. Deftly paced with vividly drawn characters, "The Irish Tempest" embraces historical elements while preserving the essence of evocative storytelling and reveals author Elizabeth Sparrow as having a genuine flair for deftly creating memorable characters and a riveting storyline that fully engages the readers rapt attention from beginning to end. While very highly recommended, especially for community library Historical Fiction collections, it should be noted for personal reading lists that "The Irish Tempest" is also available in a Kindle format.

Advocates for published authors since 1912

With knife-like precision, Reilly asked, "Lizzy, what are you going to do when I'm no longer around for you to run away from? Have you thought about that?"

Her mouth puckered in a catch of surprise. He realized that the little girl in her had assumed the game would go on until she said it was over.

1968: During one of her father's raucous Hollywood parties, ten-year-old Elizabeth Jane (E.J.) Hatton meets twenty-two-year old Texan heartthrob, Reilly Donner while swinging from a fourteen-foot ladder and hoping for a soft landing. She falls hard…for him.

1982: E.J is drowning in sadness after the death of her adored father. Reilly swaggers back into her life ("arrogant, patronizing and in love with the sound of his voice") as the director of her Uncle Wade's latest project: a prime time soap opera. As the associate producer, she's not about to swoon over her childhood crush who riles her up by renaming her "Lizzy", and who teases and bullies her as if she's a child in need of a firm hand. She does her damn best to avoid him while trying to ignore those little fluttering sensations in her stomach whenever he gets too close.

Reilly is mystified, frustrated and eventually, smitten with E.J's elusive and at times, downright perplexing behavior. He pursues her with the stealthy determination of a bobcat stalking its next meal.

Conflict arises when the soap's leading lady, an old flame of Reilly's, sees his budding infatuation as a threat to her plans for a rekindled affair. She's harboring a secret about Lizzy's father - waiting for the opportune moment to reveal it.

"Run Away, Lizzy" is a romantic comedy-drama that combines the frothy elements of making a prime time soap opera with the sexy shenanigans of a mismatched but meant-to-be couple.

Ten-year-old E. J. Hatton was not allowed to be on the west side of the ranch house during one of her father's raucous Hollywood parties. But on this particular night, she wanted to read about the African savanna. She padded barefoot down the hallway, in her pink cotton pajamas with both hands covering her ears to soften the strumming vibrations of the Jefferson Airplane.

Ana, their housekeeper, had left two small lamps aglow in the library lest one of the intoxicated guests wandered in and fell over something. Through the open French doors, a gritty breeze from the Santa Monica Mountains carried the keening wail of a coyote. There on the highest shelf - in a custom built bookcase of deep mahogany with a sliding fourteen-foot ladder - the oversized book beckoned to her. She had been forbidden from climbing past the third rung. Using the reasoning of a precocious child, she assured herself that it was now a year later, and she was an inch taller. Certainly, she could scale its full height without suffering bodily harm. Her bare feet gave her the traction of a wily monkey, and soon, her small hands were clawing at the book's binding, trying to wrench it free.

The effort stole her attention away from her grip, and her right foot slipped free of the ladder, forcing her to grab onto the shelf with the fingertips of her right hand. This caused the ladder to slide farther away, her left foot going with it. E.J. made the death-defying decision to dangle from the ladder rather than the shelf. For a panicky moment, she wondered if the fall would kill her or merely break some bones.

"What the goddamn hell?" The voice had a distinctive Texas twang, but she couldn't risk turning to see who it was.

Thirty seconds later, a strong arm wrapped around her waist and pulled her against a muscular thigh. Set back down on terra firma, E.J. found herself the recipient of an unwanted lecture.

"What were you thinking, darlin? Don't you know only monkeys and big cats climb such heights? You could have broken your very pretty neck. And that would be a damn shame for all those little boys, growing up to be big boys, wanting to chase after you!"

"That's not true. Lots of animals climb trees," she corrected him.

He was young and familiar looking. In the low light, she couldn't tell if his light eyes were as bright as bluebells like her father's or gray like her Uncle Wade's. His dark hair appeared to have been attacked by an egg beater, and she liked the way it waved past his ears, down to his shirt collar, just like her father's.

"Instead of sassing me, you should say, thank you very kindly!"

"Reilly…" This second voice emanated from the shadowy area by her father's desk. A match flared and E.J. saw a luminous woman in a billowy white dress with a wreath of flowers in her blonde hair. She reminded her of Titania in "A Midsummer's Night Dream".

"Reilly," she repeated and took a quick pull of what E.J. knew to be a joint. It made the room smell like a dead skunk.

"Have you forgotten about me?"

"How could I forget about you, my darlin?" He returned his attention to E.J. who was not daunted by his stern glint.

"Reckon we're done here. Off to bed with you."

She stood her ground.

"Well?" This time his exasperation was as apparent as his ignorance about making children obey.

Reilly looked from the pouting blonde to the obstinate child and with an audible huff  climbed back up the ladder, pointing to the object of her desire.

Once the book was in her arms, E.J. remained in place, casting a curious and somewhat disapproving eye toward the Titania look alike and back to Reilly. She had one more question but was cut off by a wagging finger.

"Go on." He spun her around with a firm tap on her backside. "Be a good young'un and mind your elders." 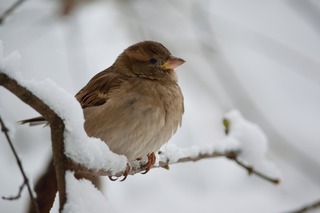 "Writers are always selling somebody out."

Elizabeth J. Sparrow is a native New Yorker, and a graduate of Hunter College and New York University. She rarely writes about what she knows because there's no fun in that. "Story-telling is about discovery and creating characters that behave willfully, no matter how hard you try to wrangle them into a cohesive narrative".  Her two most compelling literary influences are the prose and poetry of Freddy the Pig, and the blessed incantations and benzedrine-infused inspiration of Jack Kerouac.

E.J. is used to running into and out of trouble. An encounter with a familiar-looking, older boy at one of her father's Hollywood parties when she is only ten becomes a portent for her future connections with Reilly Donner as well as her own involvement in Hollywood drama which, somehow, is the one thing she can't easily escape.

As Run Away, Lizzy moves from a childhood encounter with Reilly to a more serious conundrum years later, Elizabeth J. Sparrow paints an engrossing portrait of an unlikely relationship between a flamboyant cowboy star and a young girl on the cusp of adulthood.

Spiced with the background of film shoots, flirting, romance, breaking points, and a circus parade of stars and quandaries, Run Away, Lizzy is a study in ambition and love that keeps making unexpected turns as Lizzy and Reilly skirt the edges of a relationship and Lizzy is confronted by Reilly over the elusive, tidal dance she's created in their lives.

Whether it's a film studio or a ranch setting, Elizabeth J. Sparrow is adept at not just portraying interpersonal evolution, but the background atmosphere and scenes that bring the story to life.

As the child becomes an adult and flirting evolves into romance, Run Away, Lizzy takes a few unexpected turns, but primarily returns to a soft romance that follows a girl prone to running who cannot, this time, escape her dreams.

Romance fans will find Run Away, Lizzy a light-hearted romp through a heart that evolves from child to adult, connecting two different individuals who find their purposes in life coalesce through shared honesty in an evolving, unusual relationship.